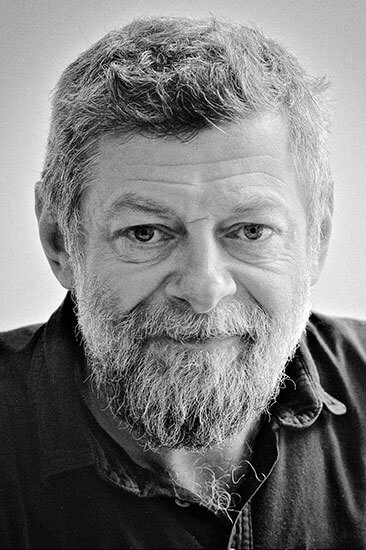 ANDY SERKIS is an award-winning actor who has earned acclaim from both critics and audiences for his work in a range of memorable roles. He gained legions of fans around the globe for his performance as Gollum in the Academy Award ® -winning The Lord of the Rings trilogy, directed by Peter Jackson. Serkis won an Empire Award for his role, in addition to sharing in several Outstanding Ensemble Cast Awards, including a Screen Actors Guild Award ® . He reunited with Jackson in the director’s epic retelling of King Kong, taking performance capture to another level as the title character of Kong. In February of 2020, Serkis was honored by the British Academy of Film and Television Arts (BAFTA) at the 73 rd EE British Academy Film Awards with one the organisation’s highest honour, the Outstanding British Contribution to Cinema Award.
‍
In 2011, Andy co-founded The Imaginarium – a Performance Capture studio and Production Company dedicated to the art and craft of next generation storytelling. Serkis made his directorial debut with the 2017 release of Breathe, which brought to life the inspiring true love story between Robin Cavendish (Andrew Garfield) and his wife Diana (Claire Foy), an adventurous couple who refuse to give up in the face of a devastating disease. In 2018, Serkis directed the feature film Mowgli: Legend of the Jungle, an adaptation of Rudyard Kipling’s “The Jungle Book,” which was released by Netflix in theatres and on its global streaming platform. In addition to directing the film, Serkis played the character Baloo. Serkis portrayed Ulysses Klaue in Black Panther (2018) from director Ryan Coogler and he reprised his role from 2015’s Star Wars: The Forces Awakens as Supreme Leader Snoke in Star Wars: The Last Jedi (2017) for director Rian Johnson.
‍
Most recently, Serkis helmed Venom: Let There Be Carnage (2021) for Marvel and Sony Pictures, which grossed $506M worldwide, and starred in The Batman (March 2022) portraying Alfred Pennyworth.  He will next be seen in the upcoming feature instalment of the acclaimed crime series Luther, starring alongside Idris Elba and Cynthia Erivo for Netflix and the BBC. 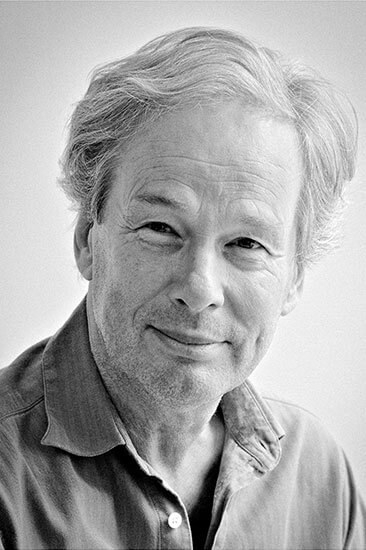 After studying Modern History at Oxford University, Jonathan began his career in advertising where he ran the marketing for the launch of Channel 4 in 1982. He released his first film as producer December Bride in 1991, winning over 30 international awards, and followed this with many other commercially successful and critically acclaimed films, including Into the West, Gangster Number 1, Ordinary Decent Criminal and Croupier. 2001 saw the release of the globally successful Bridget Jones’s Diary, followed by the equally successful Bridget Jones: The Edge of Reason and then the award-winning Elizabeth: The Golden Age. For television, Jonathan has produced a wide variety of successful projects including the ratings hit Irish famine series The Hanging Gale, Emmy-winning Dirty Tricks and multi-Emmy and Golden Globe nominated Bernard and Doris.

In 2011, Jonathan joined forces with Andy Serkis to found The Imaginarium. He produced its first TV production Fungus the Bogeyman for Sky, closely followed by its first two movies, Breathe, directed by Serkis, and The Ritual, in 2017. In 2018, Jonathan produced Death and Nightingales, starring Jamie Dornan and Matthew Rhys, which was broadcast on BBC2, and the Andy Serkis-directed Mowgli: Legend of the Jungle, released worldwide on Netflix in December 2018. Again, with Andy Serkis at the helm, Jonathan executive produced Venom: Let There Be Carnage for Marvel and Sony Pictures, which grossed $506M worldwide.
‍
In 2021, Jonathan went on to produce No One Gets Out Alive for Netflix, with his most recent productions Next Goal Wins, for Searchlight, directed by Taika Waititi and The Bastard Son & The Devil Himself, Netflix, due for release later this year. 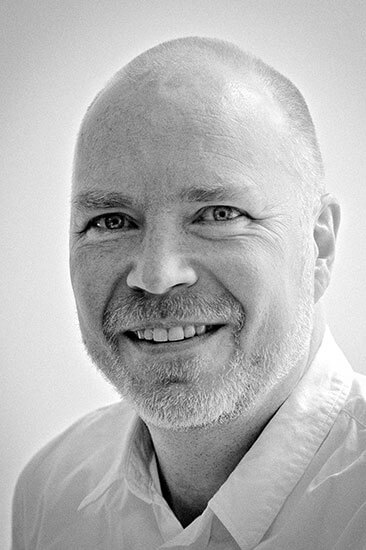 Phil Robertson is an Executive Producer overseeing finance and production on Imaginarium’s film and television projects. As a producer, co-producer and line producer he has been instrumental in the successful development, physical production and raising of finance for over 30 international feature films and television productions.
‍
For The Imaginarium Phil has executive produced Death and Nightingales,  Breathe, The Ritual, No One Gets Out Alive and Half Bad: The Bastard Son & The Devil Himself. Immediately prior to working with The Imaginarium Phil co-produced Dad’s Army for Universal and was the international line producer on Fox’s Emmy award winning Cosmos – a Spacetime Odyssey. Before that he co-ran UK film independent Zephyr Films. 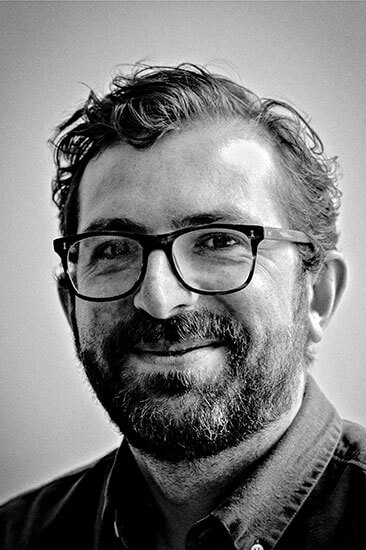 Will Tennant is the Head of Development for Imaginarium Productions, overseeing the film and television development slate. Most recently Will was a producer on the film No One Gets Out Alive which was released on Netflix in 2022 and served as Executive Producer on Next Goal Wins and the television series Half Bad: The Bastard Son & The Devil Himself. Prior to this Will was involved in the development of the feature film Breathe, directed by Andy Serkis and starring Andrew Garfield and Claire Foy and was instrumental to the development of The Ritual, directed by David Bruckner and starring Rafe Spall, serving as Imaginarium’s Executive Producer.
‍
Prior to joining the Imaginarium, Will worked for Mel Gibson's Icon Entertainment. 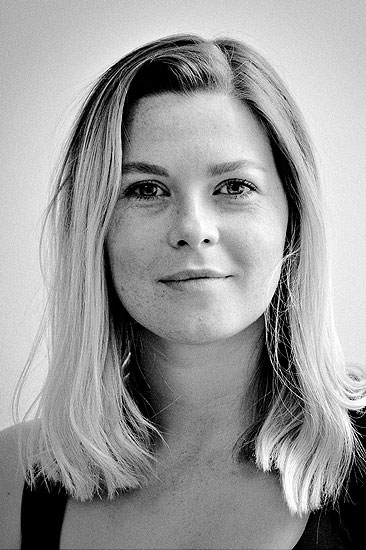 After graduating from the University of St Andrews in 2011, Catherine began working at The Imaginarium. Alongside assisting Andy Serkis on Star Wars: Force Awakens; Avengers: Age of Ultron; and numerous other projects, Catherine also worked under Jonathan Cavendish and the Executive Producers for the Andy Serkis directed films; Breathe (Andrew Garfield, Claire Foy), and the Netflix film Mowgli: Legend of the Jungle (Christian Bale, Cate Blanchett, Benedict Cumberbatch), released in December 2018.
‍
In 2017 Catherine completed her first short film as producer, Wale, which toured film festivals to great acclaim, was shortlisted for the 2019 Academy Awards and nominated for a BAFTA for Best British Short Film in January 2019.

Most recently Catherine worked as Associate Producer on Imaginarium's TV series for Netflix  - Half Bad: The Bastard Son & The Devil Himself - written by Joe Barton, released in October 2022. 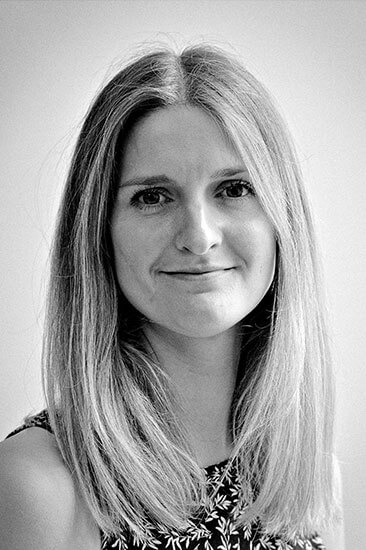 Sophie Alexander joined the Imaginarium in 2015, working alongside the Producers and Executive Producers on an array of projects, including; Breathe, directed by Andy Serkis and starring Andrew Garfield and Claire Foy, The Ritual, directed by David Bruckner, starring Rafe Spall, Death and Nightingales, a television show for BBC2, directed by Allan Cubitt and starring Matthew Rhys, Ann Skelly and Jamie Dornan, and most recently as Associate Producer on No One Gets Out Alive for Netflix, directed by Santiago Menghini and starring Cristina Rodlo and Marc Menchaca, and the upcoming release Next Goal Wins.
‍
Sophie produced the critically acclaimed short film Wale, which was shortlisted for the 2019 Academy Awards and nominated for a 2019 BAFTA for Best British Short Film. 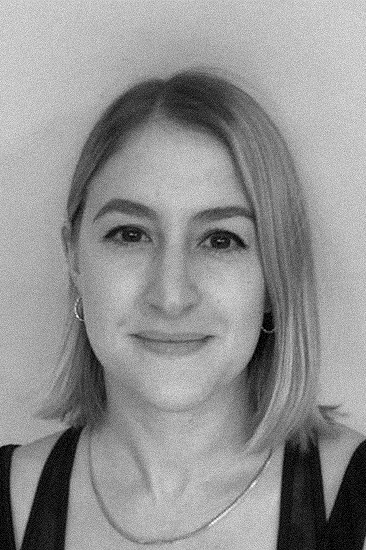 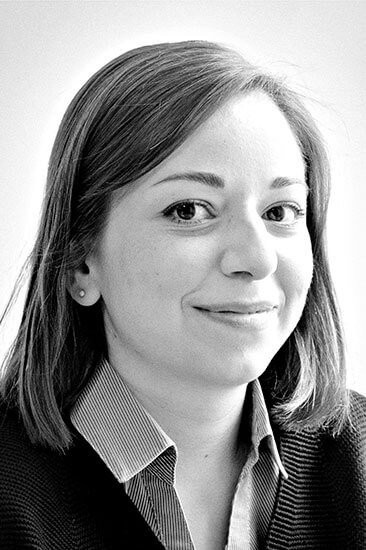 Elisa joined Imaginarium in 2016 as a Reader for Film and TV and worked as a Researcher on the supernatural horror The Ritual directed by David Bruckner and starring Rafe Spall. Previously, she interned at a number of production companies including Heyday Films, BBC Films and Wildgaze Films.
‍
She also worked as a freelance Script Reader for BBC Studios and Big Light Productions. She graduated from Royal Holloway University of London with a MA in Screenwriting in 2015. 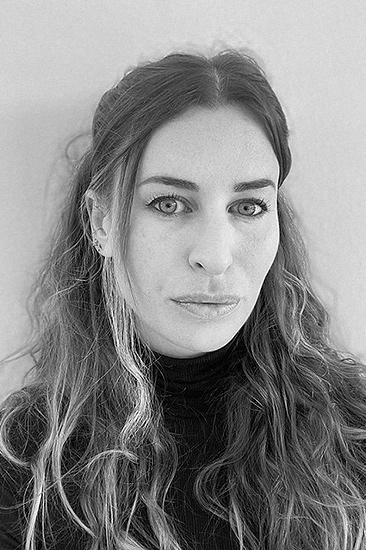 Lucy joined the Imaginarium in 2020, working as part of the development team across both TV and Film projects. Most recently she has been the Script Editor for the YA TV series Half Bad: The Bastard Son & The Devil Himself, released on Netflix in October 2022. 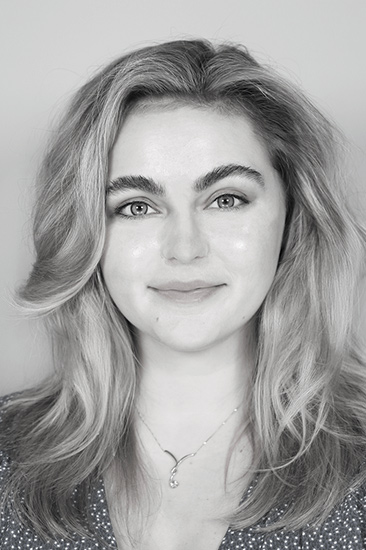 Rose joined the Imaginarium in 2021 after working freelance in the film and theatre industry since her graduation from Bristol University. Previous film and television projects include Black Mirror (Netflix), All The Old Knives (Amazon), My Policeman (Amazon) Mrs Lowry and Son (Genesius) Cursed (Netflix) and Shadowhunters (Netflix).
‍
Her work in theatre, as an assistant director, has consisted of projects both local and international, including productions in Canada and China.
‍
Rose has recently produced and directed a feature documentary The Grey Area, which is currently in post production.